Business Industry: The Responsibilities of Government

Business Industry: The Responsibilities of Government

We are living in a world where everything that we are doing has its own regulation and policy. Even the changes that we have been experiencing in today’s world have a correlation with the policies that are being imposed by the government. Whether we like it or not, the majority of our lives are decided by the government practically everywhere and under every government. What exactly does the government do? Many people continue to be perplexed and unclear regarding the duties performed by the government. The government does, in fact, play key roles in a variety of industries. It is crucial to recognize the government’s contributions to each sector. The deviation becomes more obvious as we gain more knowledge about it.

Most people just use the government as a means of paying taxes and selecting their own representatives in politics. However, a government can actually play a wide variety of responsibilities, and it is crucial to comprehend these roles as well as the reasons why we must improve. We need to have a better understanding of who is the government, what functions they play, and where they particularly fall short right now. This is especially important in a world where we are dealing with the Covid-19 pandemic, economic disaster, climate change, social injustice, poverty and the rise of technology companies.

Why Must The Government Invest In Air Transportation

The General Role of Government

The government does have control, power, and authority over every industry in the country.

The government participates in giving political direction and in using its executive and regulatory functions. In addition to exercising regulatory authority, the government selects senior leaders for public entities and the federal government. There are so many complex roles of the government to break down. Let’s take a closer look at this list below;

Taxation is the aspect of government that is most well-known. All governmental functions require money as well as redistribution. Whether it be by spending on infrastructure, delivering public goods, or by distributing income. Determining the taxation system and its impact on the economy, social equality, as well as other elements like competitiveness and more, is a crucial job for a government. Particularly this position is among the most debated and causes a lot of issues worldwide when so-called “tax shelters” develop.

The most prevalent taxes levied by the federal, state, and local governments are income taxes (levied on the public’s salaries and wages), payroll taxes (insurance and compensation paid by employers and deducted from salary checks), property taxes (imposed on the value of real estate owned), estate taxes (assets of a deceased person are subject to this tax), corporate taxes (charged against a corporation’s revenues), and wealth taxes (levied on the valuable assets). There are numerous other taxes that the government levies to raise money for the country’s public goods. There are many more taxes imposed by the government out there as a way to fund the nation’s public goods.

The government plays a big role as a provider of public goods, and government services. Governments are in charge of providing services like military security, police and fire services, education, social care, roadways, social security, and environmental regulation that people cannot successfully supply for themselves. The need for social security has never been greater due to growing worries about contemporary colonialism and rising social injustice.

In many nations, social security also covers unemployment, medical expenses, and other types of support in various circumstances. When considering the digital age, basic income is also gaining popularity because many people worry that the vast tech industry would leave many people without jobs and cause them to feel anxious about their monthly income. Electricity and water are just a few examples of the public utilities that some governmental entities offer. Governments levy taxes and fees, as well as a charge for many of the services they offer to the general public, in order to raise the funds for the public’s goods and services.

Markets frequently fail due to negative externalities, leading to an inefficient result for the community as a whole. When it occurs, the government is heavily involved in responding and coming up with a solution. The majority of negative externalities are typically reduced by the use of regulations, legislation, and the adoption of standards.

Market failure has always been the biggest factor in externality problems. This happens particularly when incentive programs do not result in actions that are sensible for the entire group. Market failures in the business sector frequently progress to a certain point before the government steps in and feels the need to regulate.

The Important Roles of Government in the Business Industry

Starting a business is not just about forming a team, finding high-quality office and business supplies like the one from Ohana Office Products, gathering marketing strategies, and gaining sales. Being a business, owner, it is important to take important note of how the government regulate the business operation. Businesses who are proactive about comprehending and following regulatory laws by the government will reduce their risk of being fined, prosecuted, or subject to other legal action. Therefore, it is in the best interest of businesses to understand the relationship of their industry with the government’s policies and how the government play its role in the business industry.

The primary responsibility of the government of each nation is to enact and enforce laws. This is so that enterprises can run efficiently, which laws and regulations alone make possible. Additionally, the government offers a judicial system for resolving disputes between businesses, people, or government entities.

To function, the majority of enterprises must register with the state government. The purpose of this registration is often to outline the extent of the business owners’ financial responsibility. The government can supervise businesses as they carry out their other duties in the business sphere thanks to registration.

Businesses are taxed by governments on all scales, and the generated revenue plays a significant role in funding the government finances. When income is dispersed as dividends, some of it is first taxed at the business level and subsequently as personal income. Since it equalizes the tax burden between businesses and individuals and enables the government to levy the tax more fairly, this is in no way improper. 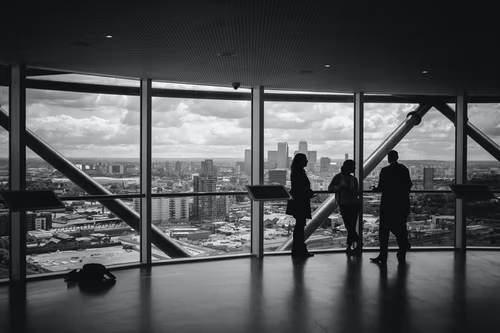 Why Must The Government Invest In Air Transportation